Santi and Oakley – Chilli of the Valley

Santi and Oakley, 11 year old best friends have created their own chilli sauce ‘Santoku’ and are donating all proceeds to City Hospice. 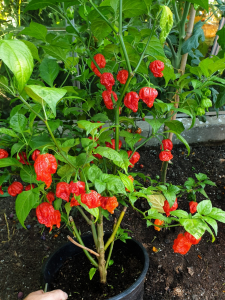 Chilli of the Valley was set up in 2013 by Dan Reed (Oakley’s dad). The same year, Oakley and Santi started at reception in Llandaff City Primary School and became best buddies.

This led to Santi’s dad (Dan Girardi) meeting Oakley’s dad and sharing a love of Chillies and getting involved in making chilli products to sell at local markets etc. The products are cooked in small handmade batches, including chillies grown themselves in Wales. Wherever possible, the company sources ingredients as local as possible to keep their carbon footprint low.

At Chilli of the Valley, they grow a variety of chillies, from the mild to the hot and onto the extreme. These include the more common types like Jalapeno, Scotch Bonnets and Habaneros, to the lesser known Aribibi Gusano, Rocotos,Peruvian Ajis and the superhot Trinidad Scorpions, 7 pots, Bhut Jolokias, and the current world record holder – the Carolina Reaper, to name but a few. This means that the products they sell range from mild to extremely hot!

In 2019, Oakley and Santi decided they wanted to make a very hot sauce and under the gentle supervision of their two dads, they created Santoku (a mix of both their names and the name of a Japanese kitchen knife as the sauce ‘cuts like a knife’). It was sold in 2019 at various markets and became very popular with customers who like a hot sauce. This year as part of a year 6 enterprise project, Santi and Oakley decided to cook up another batch of Santoku and the proceeds were donated to an animal rescue centre called Many Tears, where Oakley and family have adopted their pets from. 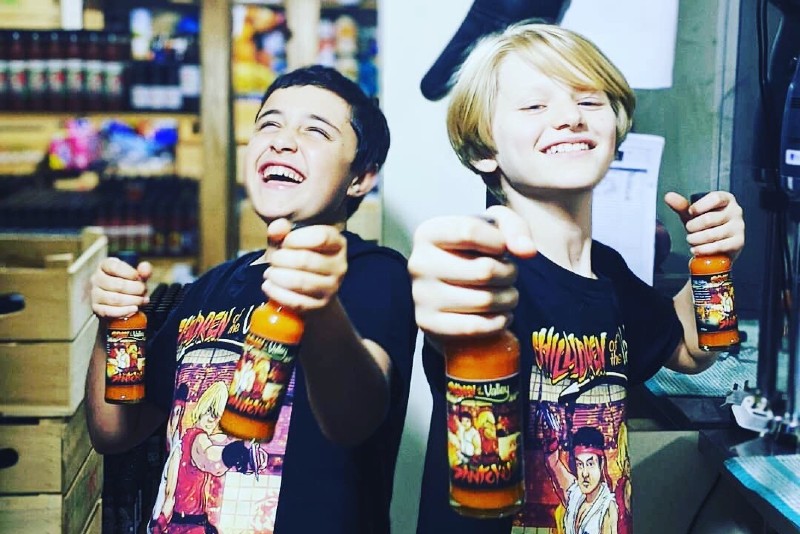 Proud of their endeavours and how well the sauce was received, the idea was born that the Santoku would be sold as a ‘not for profit’ sauce, with each batch made supporting a different local charity.

In 2018, Santi lost his uncle, Tony Foster, to cancer and City Hospice were there both before and after supporting Santi’s aunty (Luan), and his cousins (Connor and Lara). In July this year, Santi lost his nanny, again to cancer and once again, City Hospice were wonderful in the support they offered my mum to help relieve pain. This all happened mid lockdown and the nurses and doctors who paid a few visits were absolutely amazing despite the difficult circumstances of being in the middle of a pandemic.

Therefore, the boys decided that this next batch would go to City Hospice to support all the wonderful work they do.

Santoku is available on the Chilli of the Valley website (www.chilliotv.co.uk) there are only around 30 available and 5 bottles were sold yesterday and all are heading the Netherlands! This is fast becoming an international hot sauce! 🙂
__

Thank you so much to Santi and Oakley from us all at City Hospice, what an inspiration you both are. We are so delighted to be chosen as your charity to support with your ‘not for profit’ sauce – we can’t wait to try some.

Santi and Oakley have sold 10 bottles of their Santoku sauce – be quick to get yours before they have all gone! 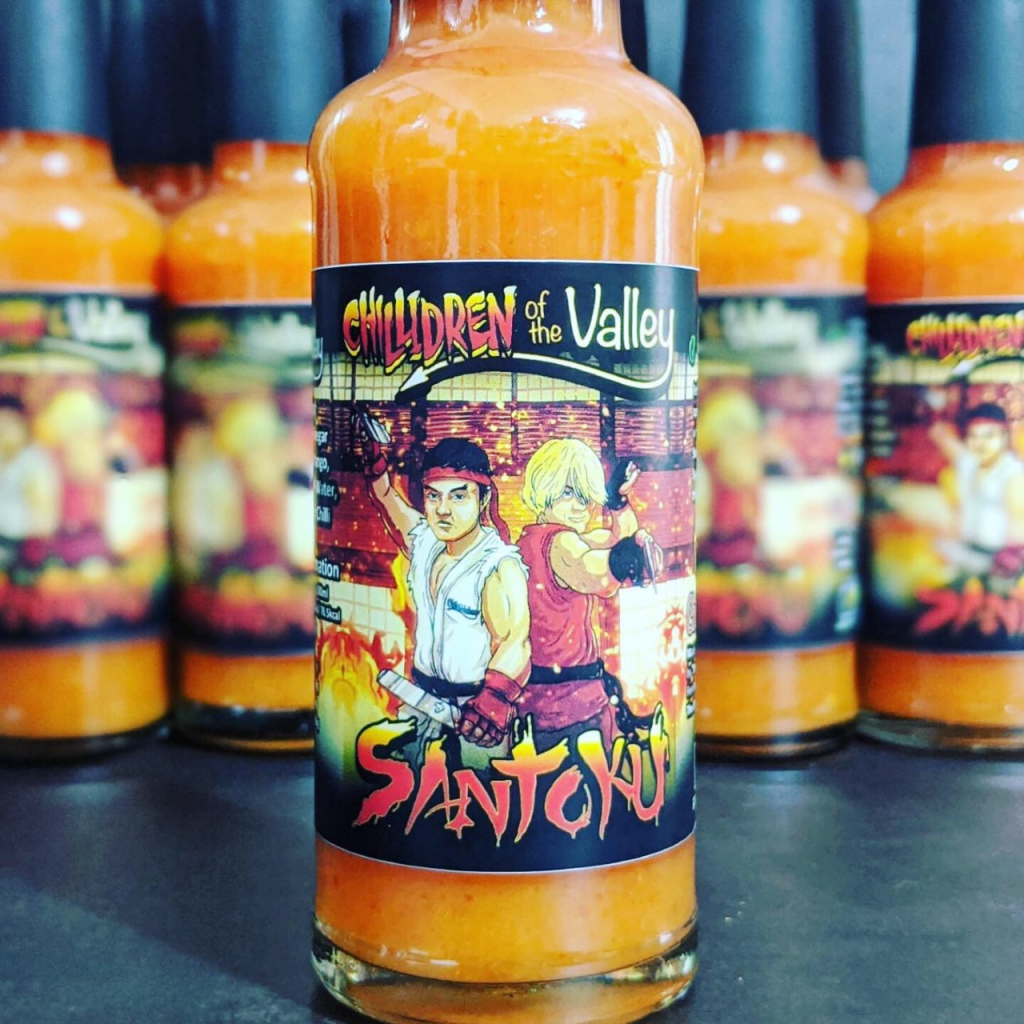