Kevin was cared for at home by City Hospice before passing away in February 2021 aged 51. Kevin worked for 15 years at BBC Wales in Llandaff and Kevin was known to many members of staff – he used to work for newsgathering and news online as well as a brief stint in the Pol unit.

Throughout the month of September, over 300 people have been taking part in the Run 50k 4 Kev challenge. We’ve seen people wearing their blue t-shirts with pride as they run, walk, and take part in organised events to cover 50km distance – even our four-legged friends have been taking part. 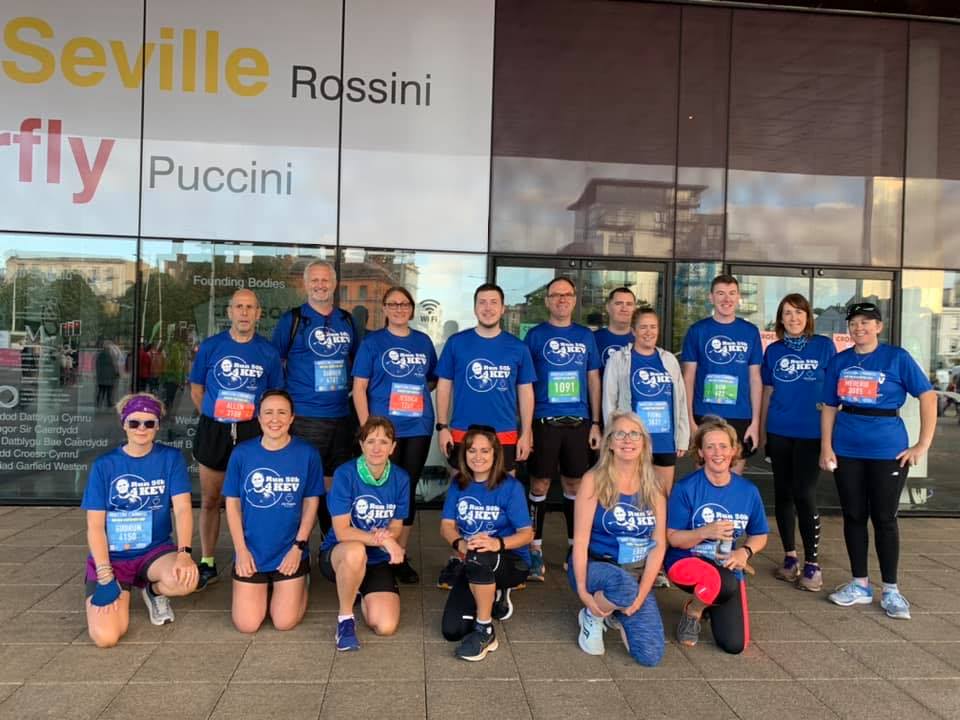 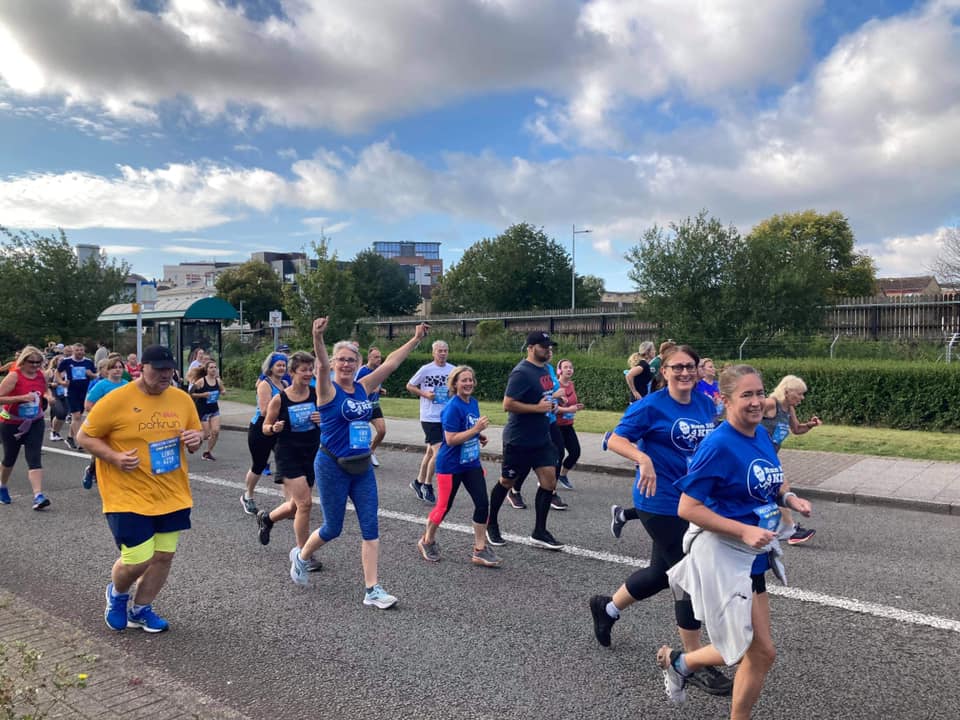 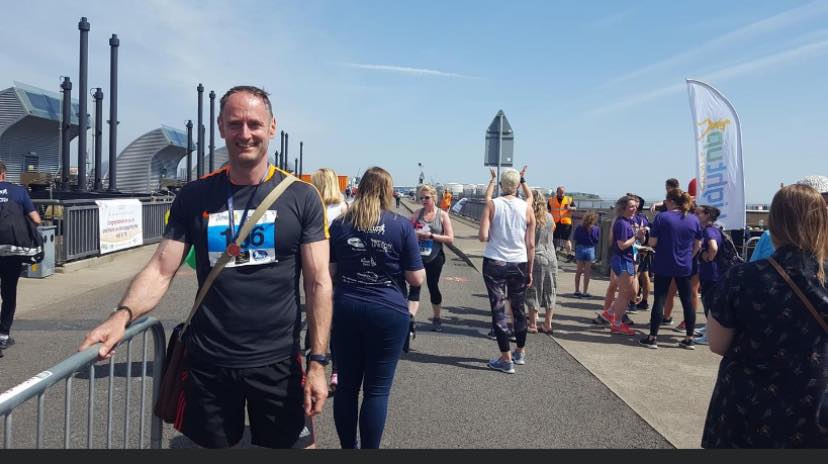 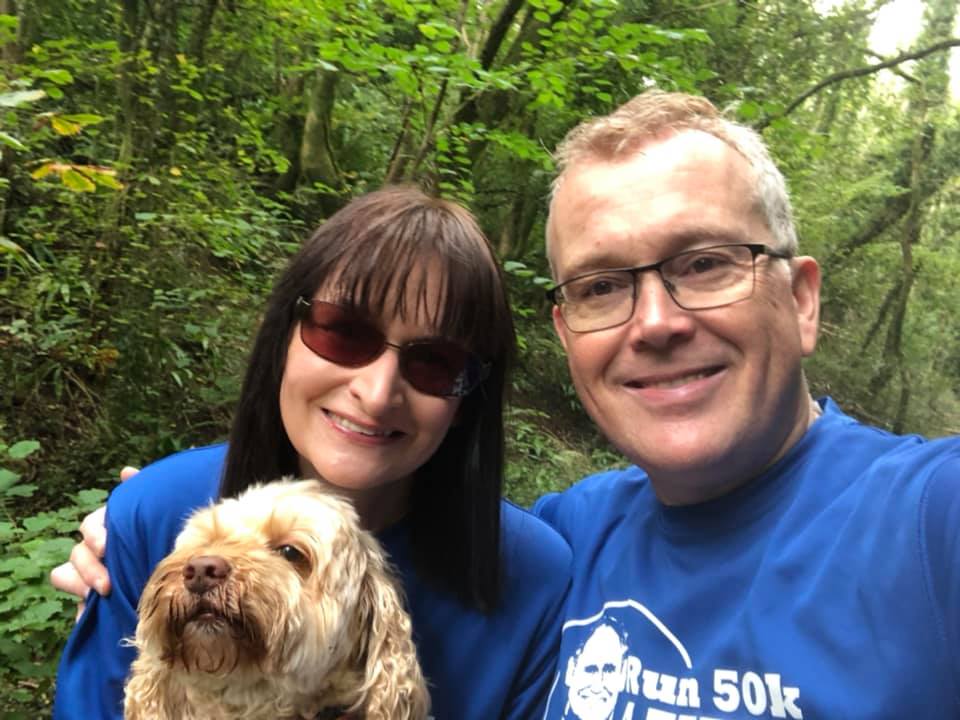 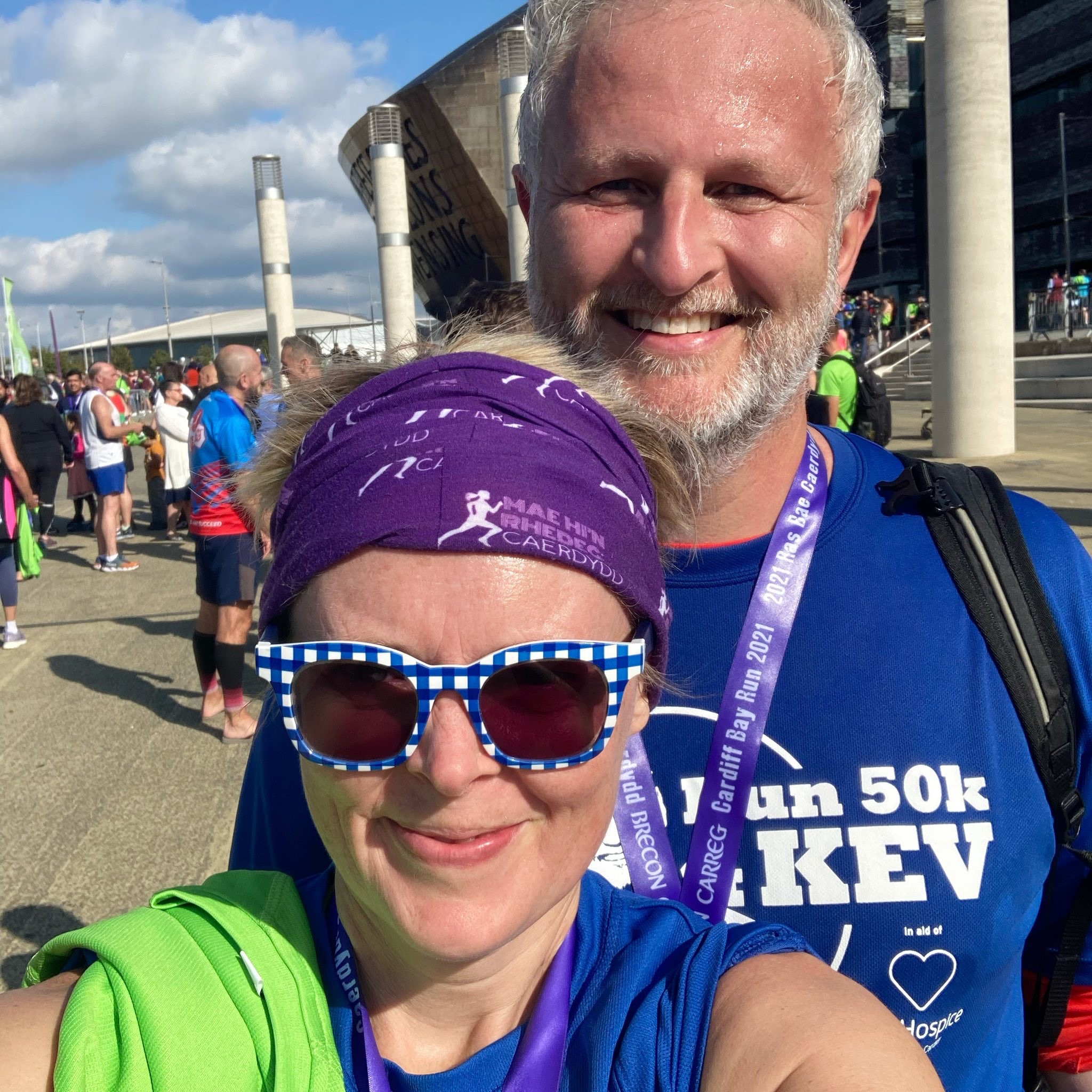 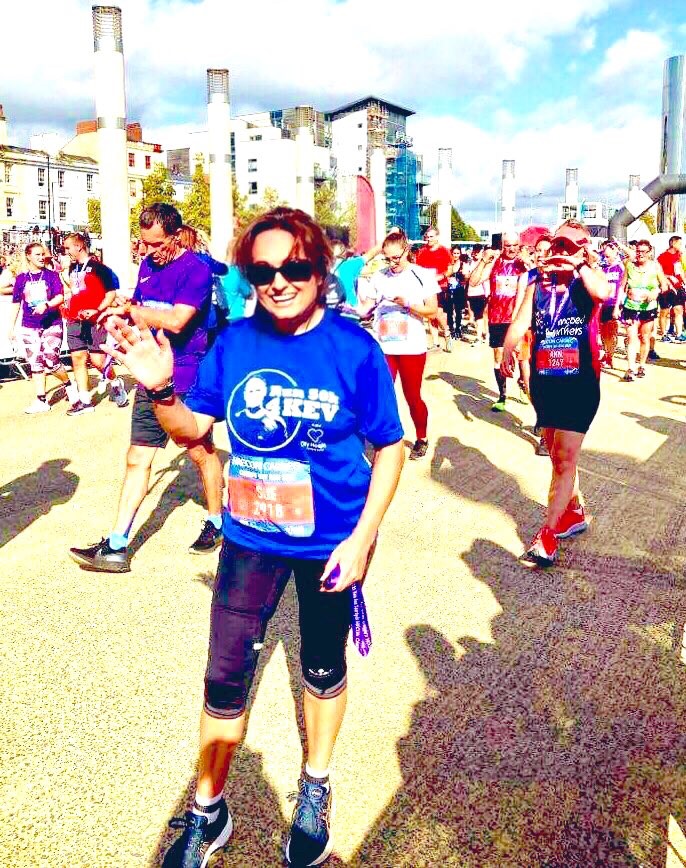 “ I lost Kev at the age of 51 to the cruel disease of lung cancer has been heartbreaking. It’s devastated us as a family and his many friends. Our grief over the past few months is overwhelming. To watch Kevin – a 19 minute park- runner and 4 times a week gym-goer – having to rely on us for everything was beyond words.

But keeping Kevin at home safe from Covid – thanks to the wonderful support of the City Hospice helped us beyond measure in the darkest of times. City Hospice nurses Stevie and Alan made sure Kevin’s symptoms were under control. They knew what was happening – they had seen it before no doubt – but their care for us was immeasurable.

We wanted to give back to this amazing charity that looks after people in their own homes in Cardiff and organised the Run 50k 4 Kev. I’ve been really amazed by everyone’s support – runners, walkers in Australia, France, Scotland, Kent, Brecon! It’s been a fantastic month. I have been really chuffed seeing everyone pick up their T shirts and set about their own challenges -in fact it’s helped me put my trainers on when I didn’t feel like it.

We have run and walked as a community – apart and sometimes together. We’ve done Pontypridd, Cardiff, Porthcawl Park Runs as well as a walk to the Bay on my birthday at the beginning of the month. One of the final events was the Cardiff Bay 10k which was fantastic!

There’s been 335 people taking part which is awesome, and it must be hundreds of kilometres clocked up!

I thought it would be tricky to factor in 50km for the month, but I’ve done 3 times that (I’ve added in walks). It has meant a great deal to me as people remember Kevin and we have hit our target of £10,000 -as the money from the funeral flowers also went to the City Hospice. I would like to say diolch o Galan to all those who helped bring about this challenge in Kevin’s name.”

“Thank you so much to everyone who has participated in the Run 50k Kev challenge. You’ve all been fantastic, and we have really enjoyed watching the live updates of pictures, videos and in the Facebook group. I know how much this challenge has meant to Eben and we are overwhelmed with the amount raised. This will truly make a difference to our work and help us continue to care for the people of Cardiff.”

If you can support Eben and the team here

If you would like to organise your own challenge or for some inspiration, please email our Community Fundraiser neil.davies@cityhospice.org.uk