We took part in City Hospice’s Raft Race as we very keen to support local charity that delivers services that align to Newydd Housing Association’s values. I have been a long term supporter as a spectator, and have always wanted to take part in the Raft Race.

” Once signing up to this event, our Raft took about two months to build including the planning. It was very much a first attempt, we had a couple of members of staff who were very keen to take the lead on designing and building the raft. My input was taking one oar home to test in the bath.

We started fundraising using social media and marketing helped surpass the minimum fundraising target. We held a bake sale in the office, which involved a number of staff that weren’t rowers. We put up posters around the office and a sponsorship form in reception.

The best part of the event was the camaraderie amongst the rowing team and the double gin and tonic at the end and knowing we had raised the most money for City Hospice. For 2020, we will be back with an improved boat and better oars. We would recommend to other companies as it is a great team building exercise and then we will have more chance of not coming last!” 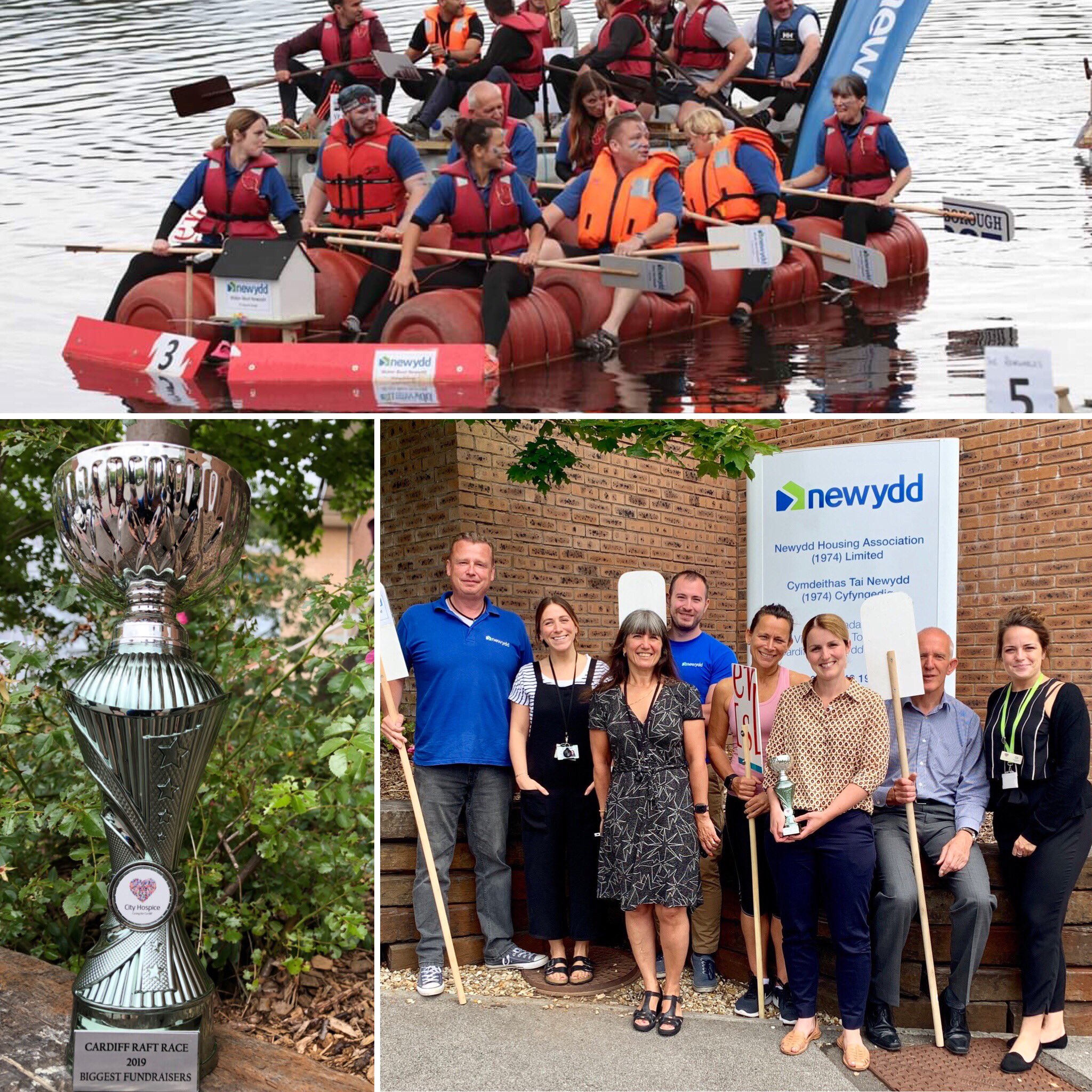 Many thanks to the Newydd Housing team for their fantastic support of City Hospice. For details on our next event please click here