Light Up A Life – Sue’s Story

Sue sadly lost her husband Allan in October 2018, following a diagnosis of Non-Hodgkin’s lymphoma a few months earlier. Allan received support from City Hospice during his final weeks. A much-loved husband, father and friend, Allan was at his happiest surrounded by his loved ones by the sea.

Described as a proud and supportive family man by his wife Sue, self-employed Allan, 80, was a dedicated father to John, Paul and Claire, his children from his first marriage; Steph, his stepdaughter, and Rachel, his daughter with Sue from their 30 year relationship. 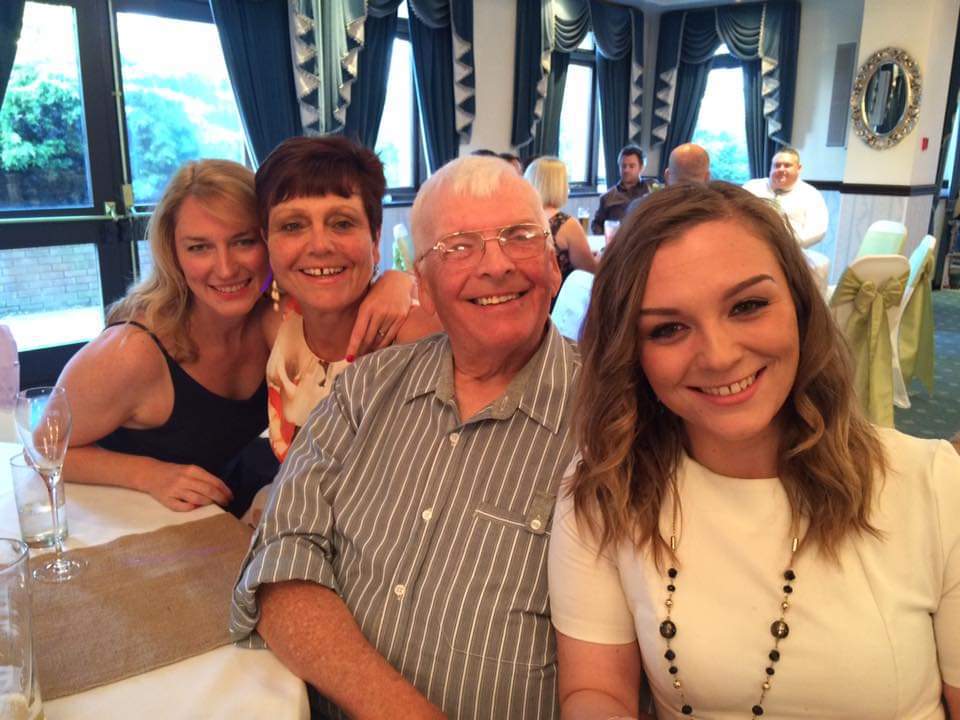 Allan and Sue moved to an apartment in Cardiff Bay overlooking the water in 2009 after Allan developed mobility problems in his sixties due to painful arthritis and multiple joint operations. Despite his condition, Allan remained optimistic and continued to enjoy time with his family on coastal walks and beach holidays.

However, in 2018, during a day out at the hot air balloon festival in Bristol, Allan was taken ill. Shortly after, he was sadly diagnosed with Non-Hodgkin’s lymphoma and the family were introduced to the care of City Hospice.

Speaking about the involvement of City Hospice, Allan’s wife Sue said: “Although Allan had experienced a few health issues in the years preceding his diagnosis, he had always recovered well so the news was a terrible shock to us all. We were passed into the care of City Hospice’s palliative team following the diagnosis, who were very supportive and attentive to Allan and the family’s needs.

“Allan’s passion was the sea; he was a keen sailor in his youth and, as a family, we spent many happy days by the sea. We were so grateful that the City Hospice team were able to help us secure accommodation, with a sea view, in Penarth so that Allan could happily look out at the Bristol Channel, where we later honoured his last wishes and scattered his ashes between Flat Holm and Steep Holm. It made the world of difference during a difficult experience, everyone commented on how content Al was.”

Following Allan’s passing in October 2018, City Hospice continued to provide support to Sue and her family through their specialist bereavement counselling services.

Speaking about how City Hospice have supported the family, Sue said: “Under the care of the fantastic nurses, Allan took his illness really well. He would look at us, smile and sing ‘Always Look on the Bright Side of Life’ from Monty Python while we were considerably more emotional!

“The palliative team were equally supportive of us during Allan’s illness and they have continued to help us after his passing. Having previously worked as a counsellor myself, we were aware of how valuable this service would be to us. My daughters and I have fully embraced the bereavement support from the hospice, attending monthly sessions.

“My counsellor has been excellent. Grief is so unpredictable; you can have many ups and downs. Talking with her has helped me through the waves of grief and for me, the counselling sessions have proved to be very therapeutic.” 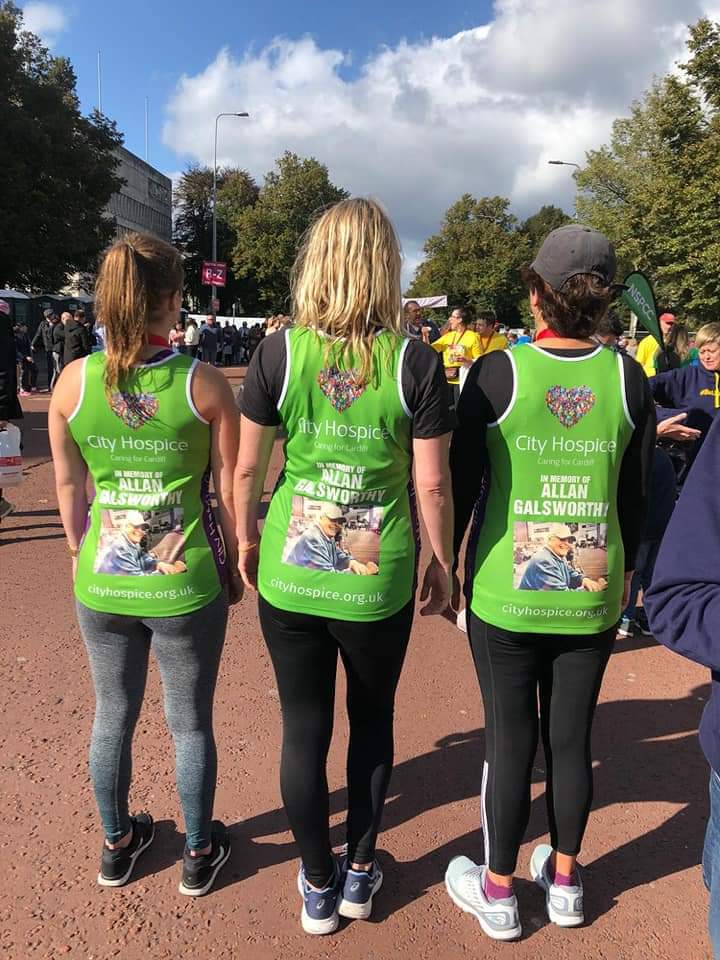 To say thank you to City Hospice, Sue has donated a selection of Allan’s clothes to the charity’s shops. She was also joined by her daughters, Steph and Rachel, almost a year to the day after Allan passed away, to run Cardiff Half Marathon for the charity in his memory and the trio hope to run again in next year’s event.

Since Allan’s passing, Rachel, his daughter, aged 31,  has since changed her life, going through a complete transformation, leaving her successful London career. She now passionately runs own her wellness business, @wellnesswithrachie, bringing yoga, healing, fitness and nutrition to help as many possible.

A donation made during the Light Up A Life campaign will make a world of difference to a family facing terminal illness in our community. To donate visit http://www.cityhospice.org.uk or call 02920 524150.