Rhwibina RFC are out in the community taking part in the 100kForHobbsy challenge.

Club vice-chair  Dai Hobbs, who has embarked on the biggest fight of his life having started chemotherapy for pancreatic cancer, is widely recognised as the true lifeblood of Rhwibina Rugby Club, Cardiff club having fulfilled many key roles and helped the club grow to be to one of the largest and most successful in Wales. The club have all pulled together and are doing the 100kForHobbsy challenge.

Dai is a pillar of the Rhiwbina Rugby Club and wider community who puts his energy and passion into everything he does. Dai has worked tirelessly for many years to ensure the people of Rhiwbina and wider community have the chance to participate in sport and reap the benefits of coming together in social gatherings. The importance of which is now fully understood because it is something that everyone is missing during the pandemic.

Since breaking the news of his diagnosis of pancreatic cancer Dai has taken on the challenge the only way he knows how, with positivity, energy and selflessness. During this difficult time Dai is putting others first and is looking to raise much needed funds charity.

So what is 100kForHobbsy? Harry Trelawny formerly of Rhiwbina RFC explains:

January saw over 250 past and present rugby players each run a 100km in support of Dai to help give him the much-needed energy to fight his fight. In doing so the 100KforHobbsy campaign helped raise a huge amount of money for two other charities that were important to Dai. Following the success of January, the 100KforHobbsy campaign is supporting City Hospice and Velindre Cancer Centre at the request Dai himself. 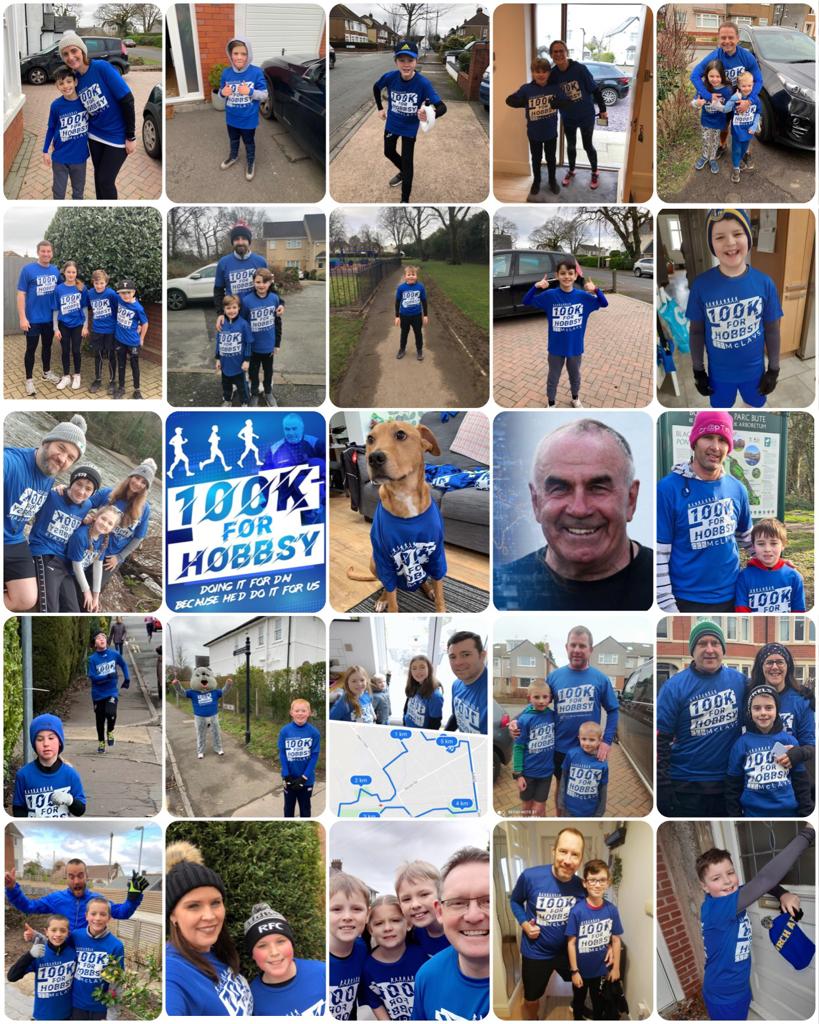 To raise money for these charities during February the 100KforHobbsy runners will continue to pound the pavement and are aiming to collectively run around the world. A total of 40,075km! This will be a huge challenge but for someone who means the world to us, running around the world for him is the least we can do.

To help achieve this collective goal, during the month of February, the Mini and Juniors of Rhiwbina RFC will also take on the challenge of running a K (kilometre) A Day.

Every kilometre these kids run will contribute to the bigger goal of running around the world.

This will be a monumental effort by so many and is something that continues to give Dai Hobbs the strength he needs during his treatment.

Dai Hobbs tells us why they are supporting City Hospice:

“I was diagnosed with terminal cancer, pancreatic cancer, in December 2020.

At the end of last year a couple of players got together from Rhiwbina Rugby club and decided to try and raise some money for charities of my choice.

This quickly went to about 4 or 5 people with the idea of running about 30 miles up to 100k/60 miles during November to 300 – 345 people wanting to take part. There were two charities which were initially chosen School of Hard Knocks and Mind Cardiff.

We’re aiming to travel around the world virtually 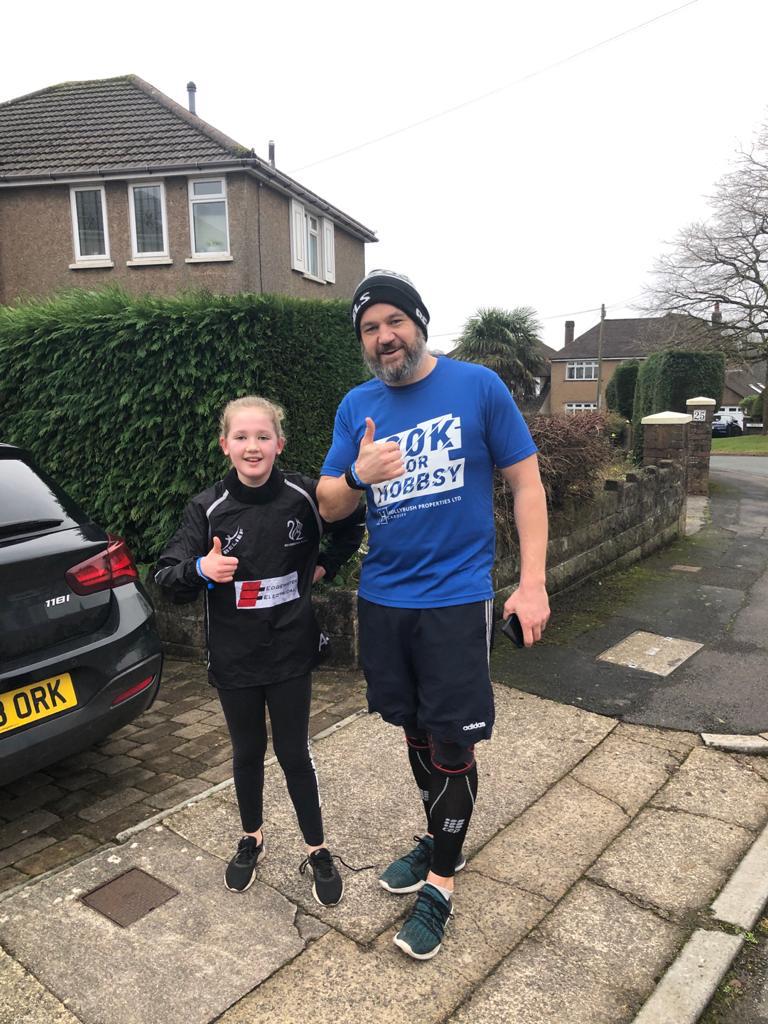 We have now moved into a second phase of the challenge and this is our around the world challenge where the mini and juniors and the senior team are aiming to complete 40,075km by cycling/ running / swim / row any means they can around the world – all those distances are added together and in those two months. The mini and juniors are doing a fantastic job and are running 1k a day to add to this total. Which is a massive undertaking – we have now chosen two charities for this challenge for February – we’ve got City Hospice and we’ve got Velindre hospital. We have over 200 people taking part”.

it and it’s been just amazing. Restoring your faith in people. People have been so unselfish so many kinds of people getting involved in the challenges some of them are finding it really hard in doing it – in the first month over £40,00 was raised.

It’s just massive – I struggle putting it into words what it means to me and my family it’s just such a close group that has come together – 300+ people in a WhatsApp group and 100 more outside that – it’s amazing.

We have chosen City Hospice as our charity, for a number of reasons – for the amazing work that they do within the community and secondly a couple of players in our club, their mother was very poorly and unfortunately, she did pass away – she was cared for by a number of months by City Hospice and they can’t speak highly enough of the care that they received and the family.

On top of that, the support I have received on a daily/ weekly basis has been fantastic – absolutely amazing – it’s a job to know where it all comes from at times – they are lovely people who are carrying out this care.  Thank you to the organisers who are coming up with the fresh ideas and putting so much effort into organising this – it is mind blowing, they are so inspirational.”

” We enjoy a fantastic relationship with Rhwibina RFC and are delighted to have been chosen as one of the great charities to be supported by 100kForHobbsy. It’s incredible to see so many 100kForHobbsy Tshirts pounding the streets of North Cardiff from little ones achieving their 1k a day to others really racking up the miles. The support means so much to us and I’d like to thank everyone involved and wish Dai all the very best with his treatment”.

You can find out more about 100kFor Hobbsy here