In September #Run50k4Kev raises over £20k for City Hospice thanks to family, friends and colleagues all getting involved.

Friends and family of Kevin Leonard pulled on their trainers in Cardiff to hand over a cheque for over £20,000 to City Hospice on Saturday 20th November in Cae Delyn. An army of 350 runners, walkers and cyclists around the world took to the streets in September. Their aim was to raise the cash in memory of Kevin, a top Park Runner who died in February.

City Hospice’s clinical specialist nurses cared for Kevin at home in Rhiwbina. When he died, hundreds paid tribute to the 51-year-old Cardiff City fan who worked as a journalist and communications specialist for BBC Wales and Cardiff University. Thanking supporters at Caedelyn Park, where Kevin spent many happy hours with his children Max and Mari, wife Eben revealed the total and presented a giant cheque to City Hospice. 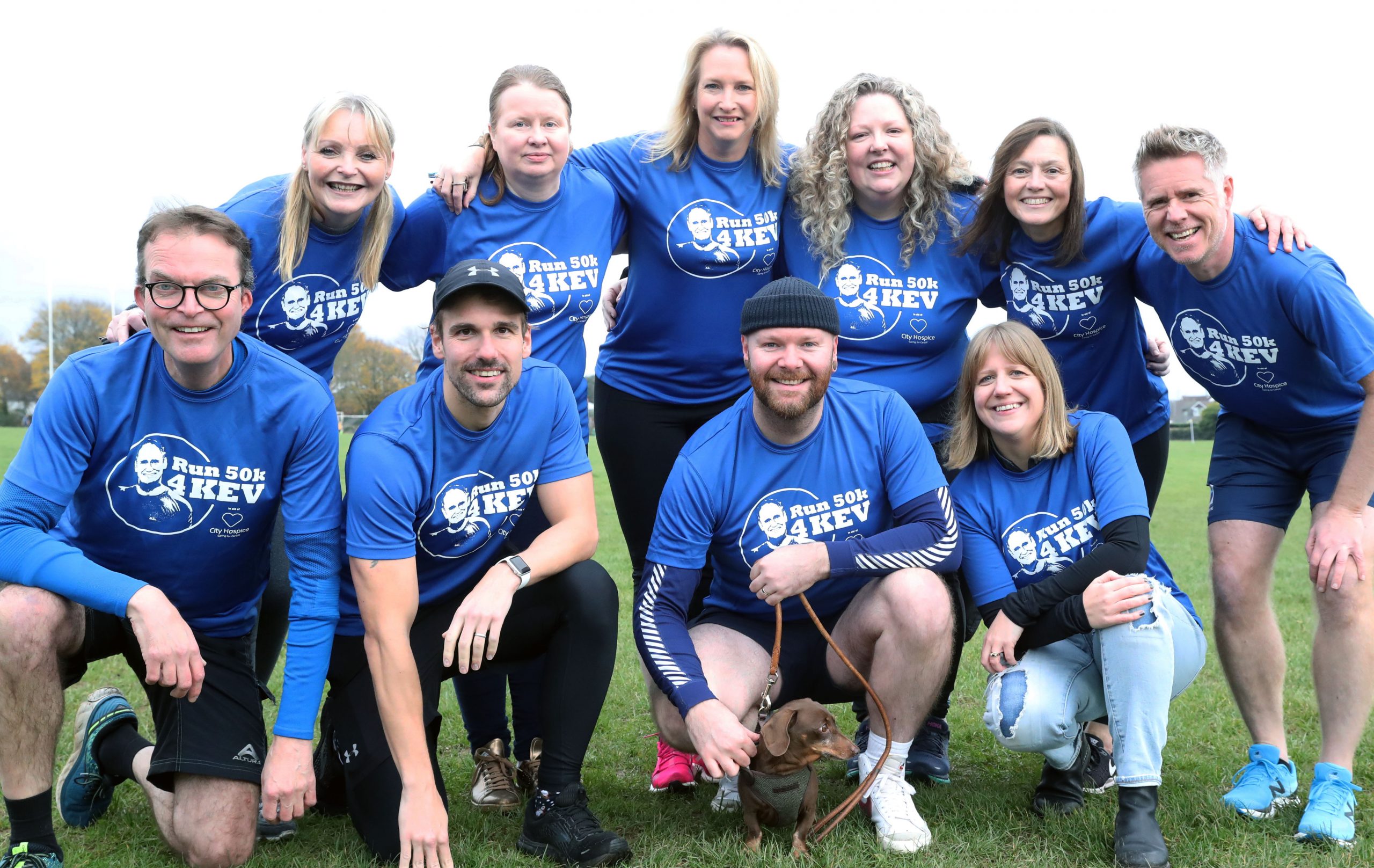 “It was a huge task for all of us: to run, walk or cycle 50k in one month. Thanks to everyone, we completed 21,000 kilometres between us and raised an enormous amount. It will help City Hospice fund more bereavement counselling and home visits by clinical specialist nurses. Those visits were, for us as a family,  invaluable.

“Kev was at home, with us, in our darkest of times and the Hospice was there to help. Kevin used to say to me ‘yma o hyd’ when I asked him how he was when he was so poorly. It means ‘still here.’ He bore those awful final days with dignity, grace and love, thanks to the support from City Hospice.”

“A special thank you to everyone who took part in the Run 50k 4 Kev in memory of Kevin. We’re so pleased that so many people put on their trainers and supported Eben and her family. The amount raised will make a huge difference to our work and will allow us to continue to provide palliative and end of life care to people in our community. We will also be auctioning a Manchester City Football Club signed shirt which has kindly been donated, this will also be added onto the total amount raised – we are so grateful to everyone’s support. Thank you so much.”

Anyone still wishing to donate to #Run50K4Kev can do so here   https://www.justgiving.com/fundraising/run50k4kev

If you’d like to take on your own challenge, or find out more information about this – please contact Neil Davies, Community Fundraiser here

Click here to find out more about City Hospice