On Friday the 12th November 2021 The Grand Slam Heroes Event took place at the Vale Sports Arena Cardiff. This was a meeting of the heroic Rugby legends, the British and Irish Lions James Hook, Adam Jones, Lee Byrne and Ryan Jones along with their former manager and compère for the evening Sean Holley.

This piece of art was then put up for auction with Sean auctioneering and TMH promotions supporting this wonderful auction.

The Auction for this painting on the night was in aid of Cardiff’s City Hospice, represented by Nicky Piper M.B.E. who is the Corporate Business Manager at the hospice.

The Hartery family are great supporters of City Hospice. Christina supports with her superb art and Liam regularly does photography for the charity. We are extremely grateful to them.”

The art had a wonderful response when bidding; it actually was purchased by a couple from North Wales for £450 and this was price matched and therefore has been doubled by the Hodge Foundation to a total of £900 in all raised for the charity.

It was very exciting  to watch the bidding and the painting bought by  Shirley a nurse from North Wales who understood the importance of care for end of life patients with life limiting illnesses. 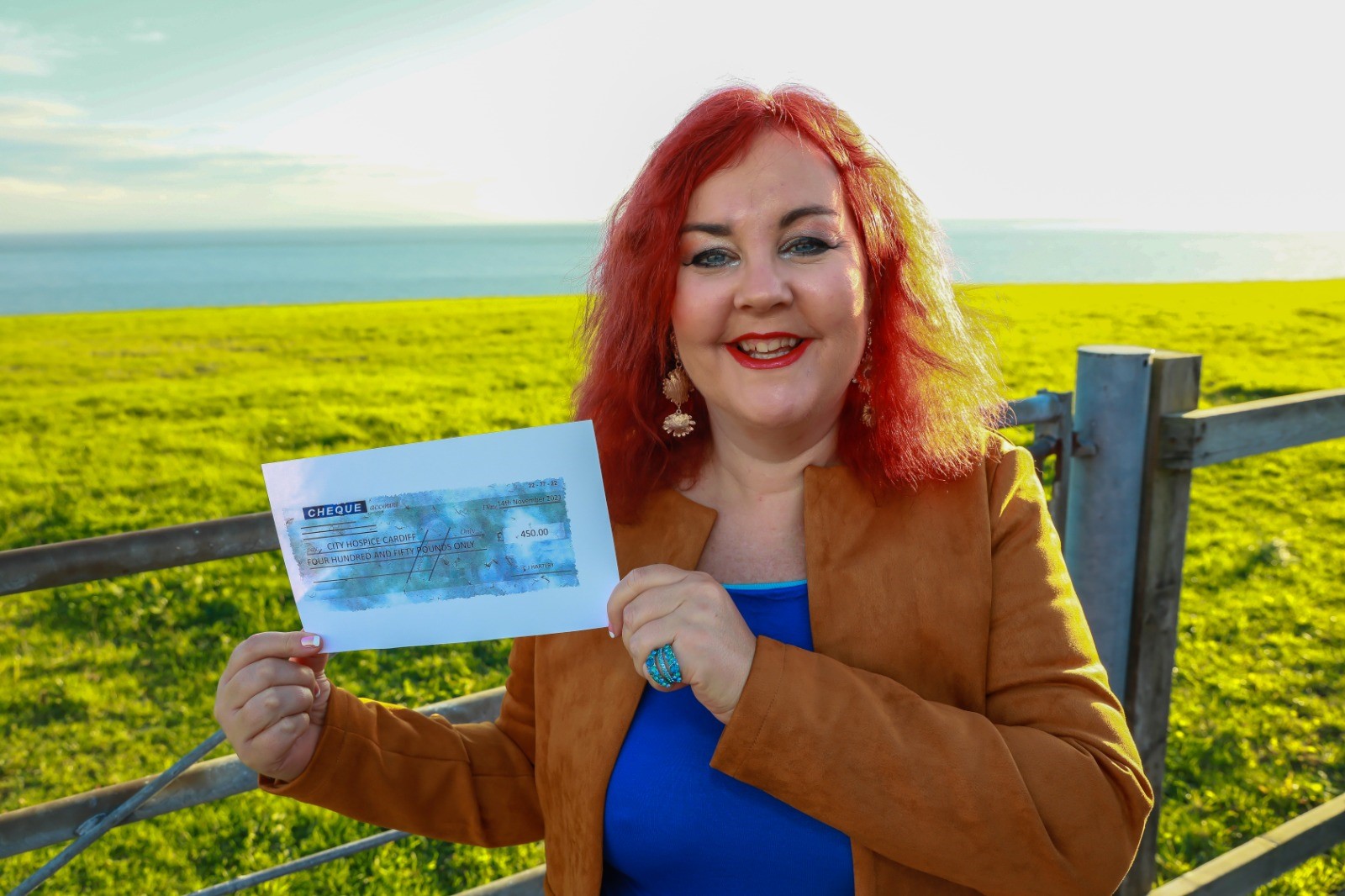 “The painting has found its right home! I am so pleased to have been a contributor of such a worthy cause such as  City Hospice”

The event was wonderful with many funny stories told by the rugby stars, many of these tales had the crowd in a chorus of laughter. The aspects of Rugby were discussed with humour even when some of the stories regaled had some lows! A great night had by all of welsh history with these four Rugby legends.

As you can see from the photos the painting was a portrait of the four rugby stars with the British & Irish Lions emblem behind them.